The following article is from the Kewaunee County Star-News.

The Kewaunee River is the first in Wisconsin to utilize long-term chinook salmon stocking in net pens under a bill signed by Gov. Scott Walker this past December. The new law allows for salmon fingerlings to be held in net pens for longer than 48 hours.

The fingerlings will stay in the pens for approximately two weeks and will be released based on their maturity. The new law allows for them to stay in the protective nets for up to eight weeks. One of the benefits of the pens is that they are protected from predators to the young and naive fish, such as cormorant or seagulls.

A major driving force behind keeping the fish in the Kewaunee River, near the bay into Lake Michigan, is that as the salmon grow and learn, and they will imprint on the river waters, which will lead them to return to the area to spawn in three to four years.

“I like that we are going to start getting more natural reproduction and more of the fish coming back to this area,” Lasee said. “I think it will help Kewaunee and other harbors along the lake in their fall fishing.”

Lasee said the law was designed to help Lake Superior and Lake Michigan, but he wants to see it go statewide, allowing for more hatchlings to grow into their new homes.

“The state of Michigan has studies that show up to a 50 percent fall salmon return their waters when using net pens,” Tom Kleiman, owner of Accurate Marine and Storage said.

The cost of each fingerling is approximately $1.75, and by assisting in their survival rate, local fishermen, charters and fishing related businesses that drive tourists to the area, will see a return in their favor.

“We are working in collaboration with the DNR to ensure the fish they raise are not being released and devoured,” Kleiman said. “We are essentially saving ourselves and the taxpayers from throwing the resource of chinook salmon into the river and left to chance.

Net pen projects have been done in Wisconsin before, and a group of businesses and sportsmen from the Kewaunee area approached lawmakers to get the limitations changed, allowing for the fish to be protected for a longer amount of time. The original law was intended for the purpose of preventing those within the aquaculture business from raising fish on Wisconsin waterways, Kleiman said.

In 2013, a trial run with the pens was done, where 17,000 fingerlings were released within 48 hours, and only one perished. After legislation passed, the DNR had to set policy on pen design and how many fish can be set up in the pens. The department will also be using samples from the pens for research purposes.

A group of volunteers has come forward to watch over the pens, so animals or humans cannot tamper with the pens while they are holding the fish. The DNR will also create a feeding system so the fish may survive for as long as they are penned.

When they are ready to be released, there will be a night release so they can get out of the river system, where cormorants more easily take advantage of them, Kleiman said.

The fingerlings released to the pens are about one fifth of Kewaunee’s allocation. 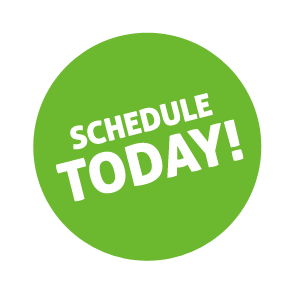 Share on TwitterShare on FacebookShare on PinterestShare on LinkedInShare on Email
Lake Michigan Charter Fishing – Kewaunee, WI →
Scroll To Top